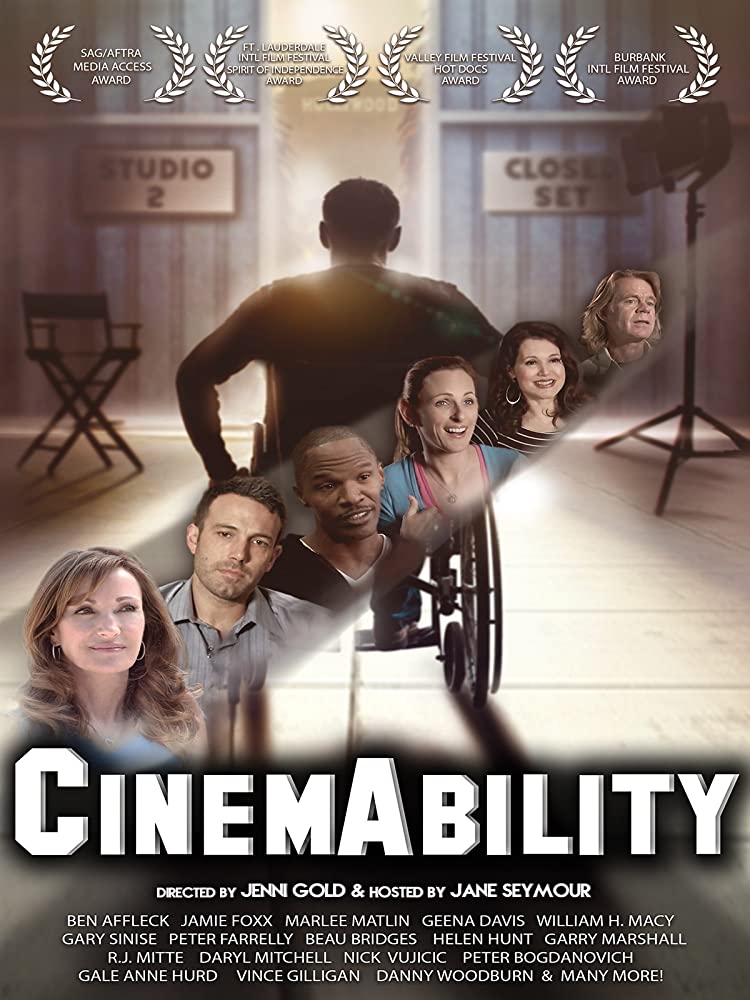 CinemAbility: The Art of Inclusion is an award-winning and star-studded documentary that takes a thought-provoking and often humorous look at the evolution of disability portrayals in entertainment. From the early days of silent films to present-day, this insightful film goes behind the scenes to interview filmmakers, studio executives, historians, and celebrities as it utilizes vivid clips from Hollywood's most beloved motion pictures and television programs to focus on the powerful impact that media can have on the societal inclusion of people with disabilities.

This film is being offered as part of the Library's observance of National Disability Employment Awareness Month.