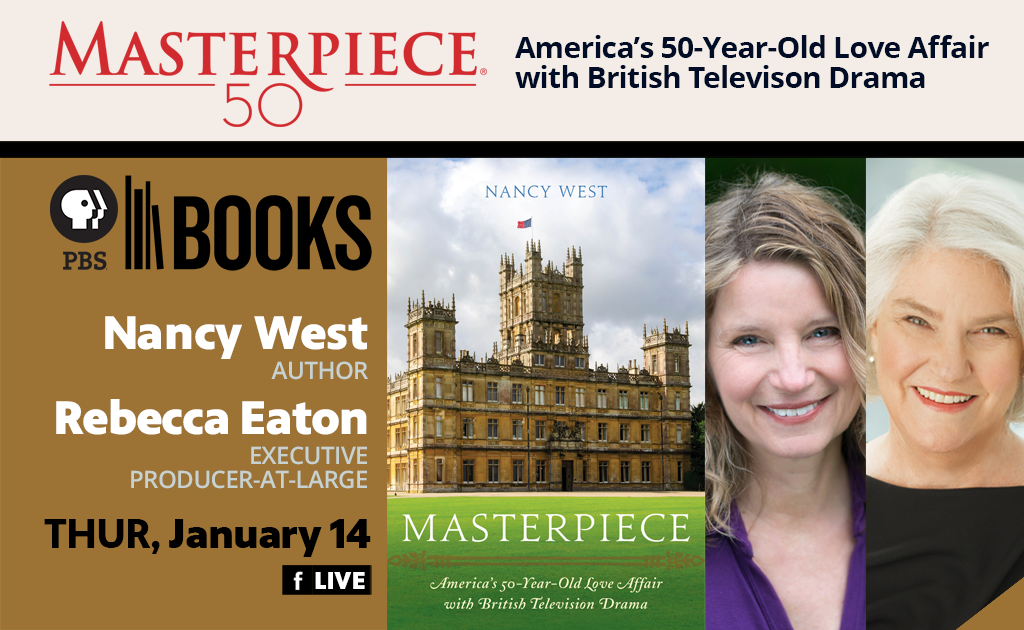 MASTERPIECE celebrates its 50th Anniversary in 2021, as it debuted on PBS in 1971. Throughout its history, it’s showcased adaptations of countless classic novels including Anna Karenina, Bleak House, Cranford, David Copperfield, Middlemarch, Oliver Twist, Pride and Prejudice, A Room with a View, Vanity Fair, War and Peace, Little Women, and Les Misérables. More than half of Masterpiece’s programming is based on literary adaptation. Fast forward to today and our appetites for British drama are bigger than ever before.

Hear vibrant stories from MASTERPIECE Executive Producer-At-Large Rebecca Eaton and author Nancy West of Masterpiece: America’s 50-Year-Old Love Affair with British Television Drama. Her book combines excerpts from original interviews, thoughtful commentary, and lush photography to deliver a deep exploration of the television drama series that debuted on PBS in 1971. Plus, you’ll have an opportunity to learn about the 2021 MASTERPIECE programs. See you there!