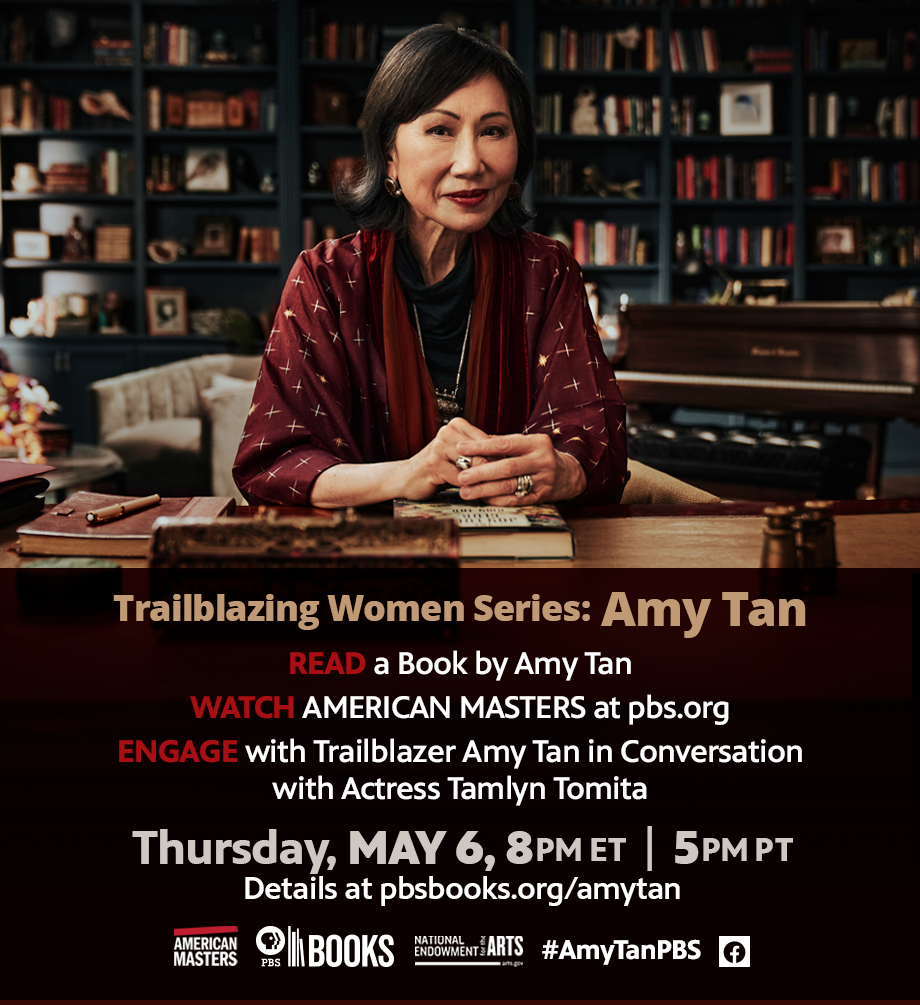 This event will live stream on the SJR State Library's Facebook page.

Read a book by Amy Tan

Engage with trailblazing author Amy Tan in conversation with actress Tamlyn Tomita on May 6 at 8pm ET.

About the Author: The daughter of Chinese immigrants, Amy Tan rejected her mother’s career expectations and chose to write fiction instead, resulting in her becoming a New York Times best-selling author. In addition to adult fiction, Tan has written two memoirs, two children’s books, numerous magazine articles, a libretto, screenplays, and more.

About the Moderator: The conversation will be led by actress and activist Tamlyn

Tomita, who is best known for her role in Karate Kid II and The Joy Luck Club, as well

Related LibGuide: May is Asian Pacific American Heritage Month by Dr. Christina Will