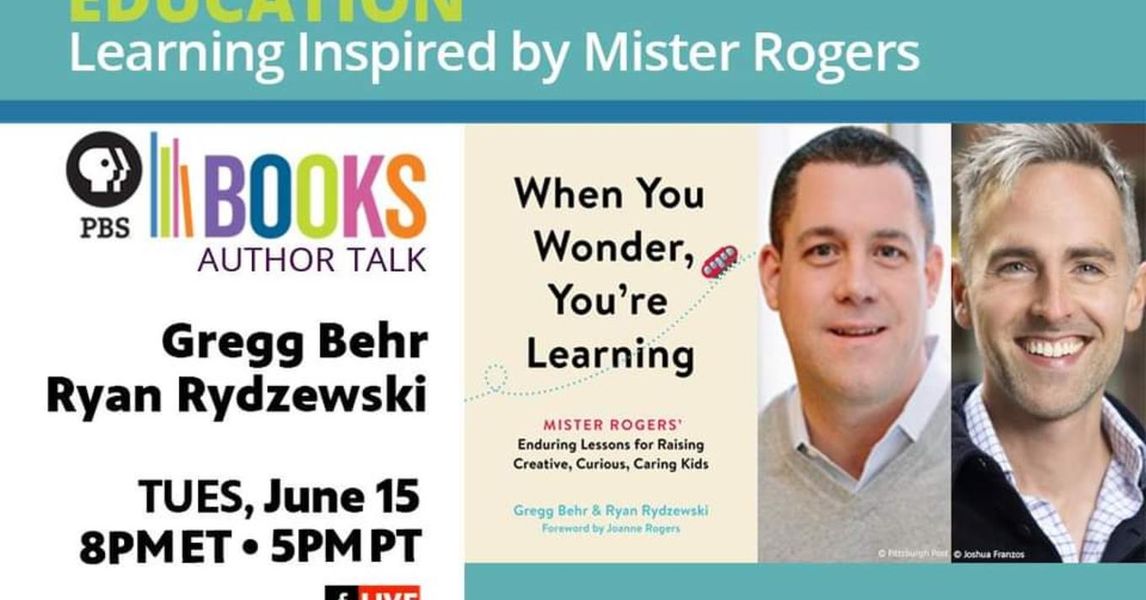 This work brings the lessons of Mister Rogers’ Neighborhood into the digital age. In the book, education experts Gregg Behr and Ryan Rydzewski share what Fred called the “tools for learning”: skills and mindsets that parents and educators can foster in today’s kids. Decades of research have cemented the importance of these playful and practical tools for learning, which include curiosity, creativity, communication, and more. In addition to this exploration of the book, Behr & Rydzewski will discuss their other work and potential plans. This conversation will be moderated by President & Chief Executive Officer of PBS, Paula Kerger.

Gregg Behr, executive director of The Grable Foundation, is a father and children’s advocate whose work is inspired by the legacy of his hero, Fred Rogers. For more than a decade, he has helped lead Remake Learning—a network of educators, scientists, artists, and makers he founded in 2007—to international renown. Formed in Rogers' real-life neighborhood of Pittsburgh, Remake Learning has turned heads everywhere from Forbes to the World Economic Forum for its efforts to ignite children's curiosity, encourage creativity, and foster justice and belonging in schools, libraries, museums, and more. Behr is an advisor to the Brookings Institution and the Fred Rogers Center, and has been cited by Barack Obama and the Disruptor Foundation as an innovator and thought leader.

Ryan Rydzewski is an education reporter whose award-winning stories on science, learning, and more appear in outlets around the country. A former elementary school teacher, his magazine features span everything from schools to space travel to Mister Rogers’ Neighborhood.

This event will live stream on the SJR State Library's Facebook page and homepage.

Related LibGuide: Exploration and Engagement by Dr. Christina Will